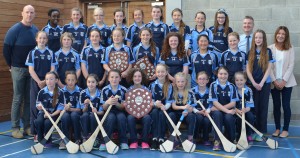 Milford NS  U11A Boys also made the school very proud when they became  the Limerick City Hurling Champions  on May 21st, while our U13A Boys were runners up  in the Olo Cup Final. 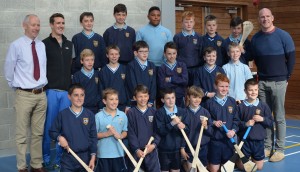 Junior Entrepreneur Programme: In early 2015 Ms Larkin’s fifth class designed and produced a unique mobile phone accessory, Homez4Fonz, having gone through a rigorous  Dragon’s Den process. Homez4Fonz sold out and production had to be increased to meet unprecedented demand for the product!  The school was awarded with the Junior Entrepreneur plaque and flag as a result of this group’s  business acumen, drive and entrepreneurship

FÍS FILM AWARD: Congratulations to  4th class 2014  and their teachers, Mr. Gallagher and Mr. Moore for winning a Fís award for their film, One Bad Day,  dedicated by his classmates  to the memory of  Aaron O’ Flaherty, R.I.P.  See the film on the school website ( http://milfordns.ie/one-bad-day) 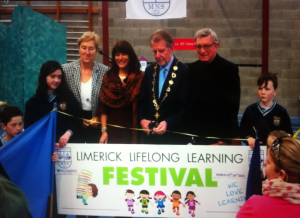 STEM AWARD:  Milford NS won this STEM award this year for the school’s commitment to work done towards achieving  excellence in Science, Technology, Engineering and Maths. 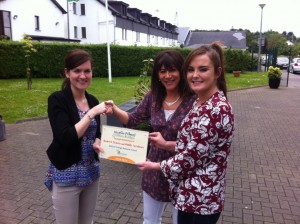 ACTIVE SCHOOL FLAG AWARD: As a very active school Milford NS applied for this flag this year continuing its tradition of encouragement towards sports and healthy lifestyle as evident in the school’s everyday life. The flag was awarded to the school in June 2015 and will be valid until 2018.

SIXTH GREEN FLAG: Minister for Education, Jan O’Sullivan,  rightly  paid special tribute to the students and staff of Milford NS on its Green Schools initiative and described the school as a “model for environmental awareness and initiative” on her visit in October to raise the school’s sixth Green Flag. The next and last Green Flag programme is on Energy and Global Citizenship, which we hope to achieve in 2015/2016. 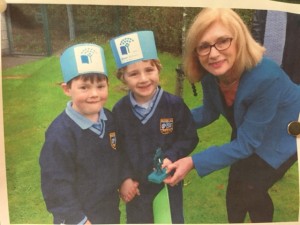 Milford Quiz Team. The u/13 quiz team  did very well in all their competitions and  won 200 euro for the school in the national final in the RDS on 12 April.

Milford School Choir and Band:  Among the many successes and achievements  of Milford NS Choir in 2014 2015 the choir got  second place in Féile an tSamhraidh in Midleton, took part in the Limerick Choral Festival,  performed  in the Lime-Tree Theatre in February  with the Three Tenors and  participated  in Milford Hospice’s Positive Aging Week. Milford NS Band  supported all school occasions as usual this year, Communion, Confirmation, the Education Minister’s visit (and all else) and participated  in the Band Spectacular in the Milk Market. 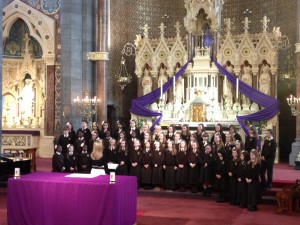 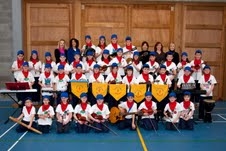 Milford Year of Design 2015: It was a wonderful year of artistic projects also. The Cruinniú na gCrann  copper project was a credit to all involved, as inspired by the loss to our community of Aaron O Flaherty, a treasured pupil. The community spirit which inspired the project is testament to the ethos of Milford School. The children’s tree and animal ideas, and the participation of parents and staff in designing copper leaves for the trees, truly embody the spirit which pervades the community of Milford School. The finished wall-mounted trees in our inner courtyard add to the peaceful and meditative environment for all and serve as a reminder of our strength as a school community.

Artist –in-Residence Scheme:  Limerick County Council artist-in-residence, Ciara Normoyle, worked  with students in 3rd and 6th classes, in collaboration with the teachers, over a period of 6 weeks on the theme of Biodiversity: Trees and Flying Insects (continuing our Cruinniú na gCrann theme) which culminated  in wonderful wall-mounted ceramic leaves in the inner courtyard, as a fitting finish to celebrate  Milford NS Year of Design 2015. 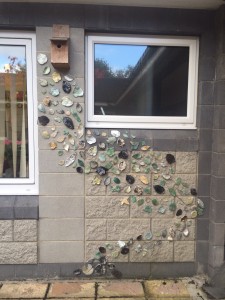 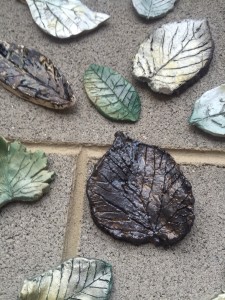 More Educational Achievements  Throughout the Year:

Igloo Maths Project: A fantastic  Christmas igloo was built from milk cartons, which made Maths magic for all the children involved in building it! 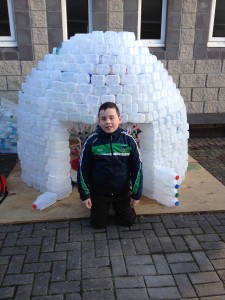 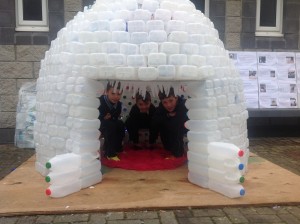 More Tall Tales:  Following on “40 Tall Tales”  Milford NS children’s stories were published  in  a new book called “More Tall Tales”, which was launched in the school on March 5th and which was the basis  for the copper-work project- Cruinniú na gCrann. 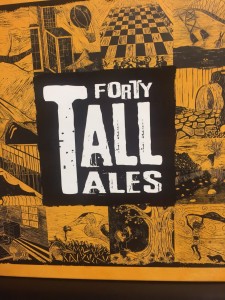 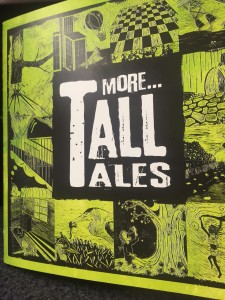 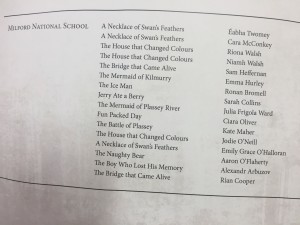