Some of our Girls’ Football and Camogie players  who have made us proud! 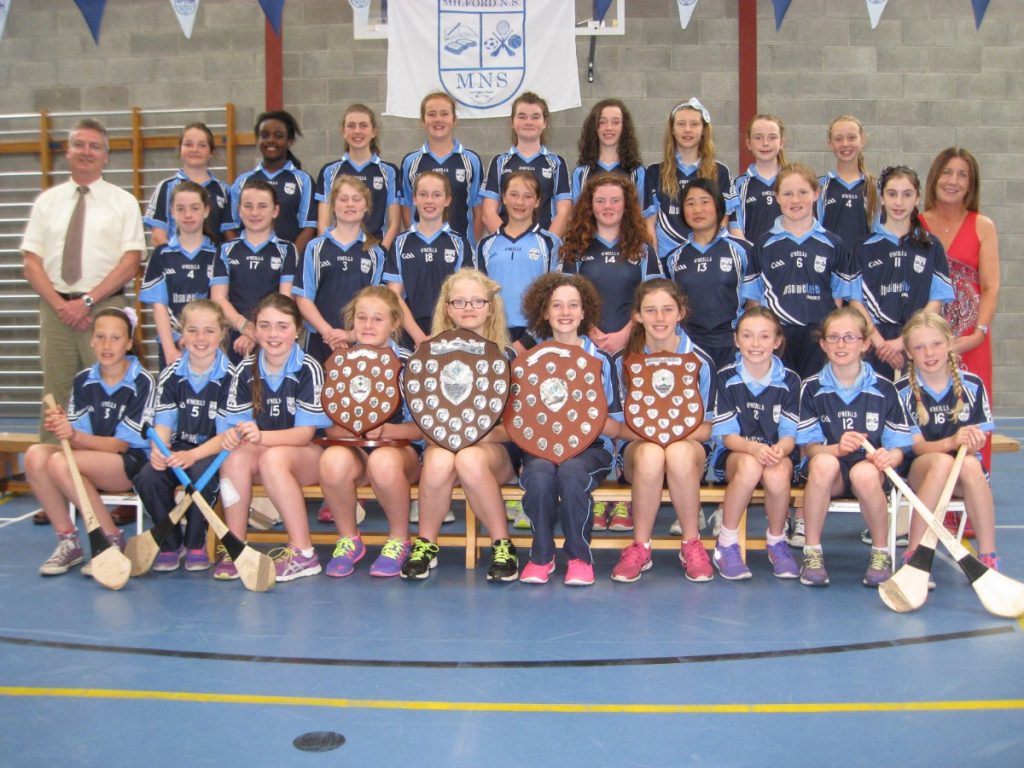 It all began with this team- captained by the inimitable Sinéad Quinn. They defeated Mungret in the Cumann na mBunscoile  final. It began a five-in-a-row run of victories, culminating in the county final in 2014 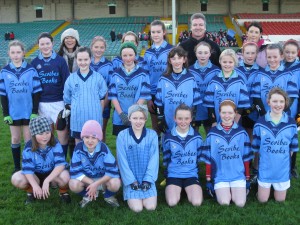 These are the 2011 City team representatives from Milford NS.

Chloe Tobin captained the City team that year and they went on to win the County Final, beating the west in a tight game: 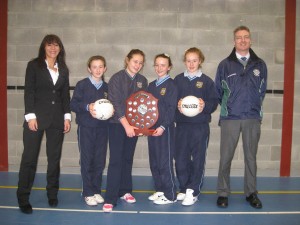 This was the two-in-a-row team who beat Mungret in the City final: 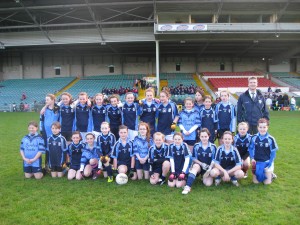 2012 Corn na Modhscoile champions for the third year in a row. Milford, captained by Emma Donohue, defeated St Paul’s in the final in UL campus 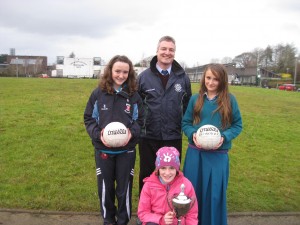 2013: Historic four-in-a-row winning side- defeated St Paul’s with a last-minute goal to snatch the cup for the fourth year in a row. 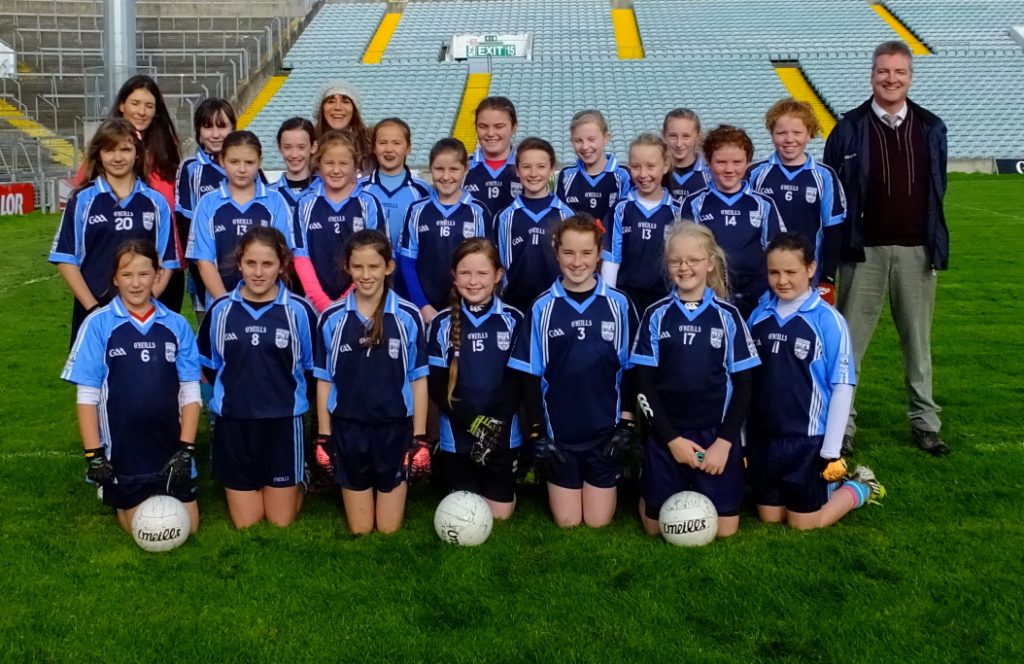 First ever City A-finalists for Milford Girls. defeated near-neighbours in a thrilling City Final  1-3 to 1-1. Went on to defeat the County Semi-final and the east in the County final to run out easy winners of the County trophy. 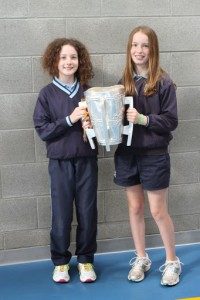 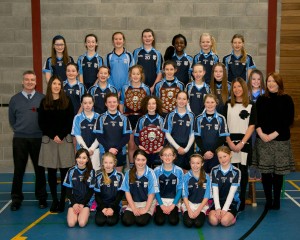 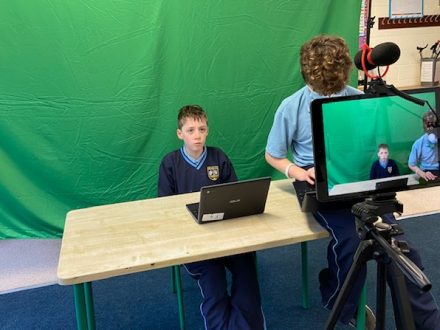 Mr. Gallagher
0 Comment
Sixth Class students have been very busy recently establishing their very own MNS NEWS STATION. They research fascinating topics and interview some of the most interesting people in all kinds of industries. Here is the first edition of MNS NEWS. Read More → 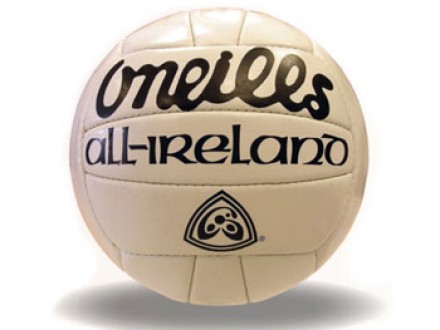 Mr. Nelligan
0 Comment
Here are the fixtures for the next round of games this year.  Best of luck to all teams! Read More → 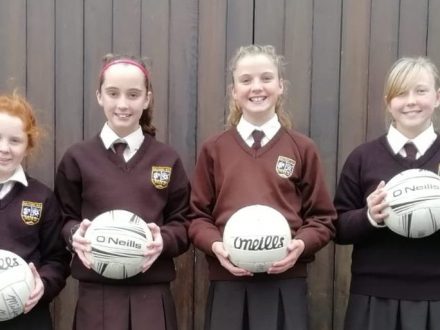 Milford N.S.
0 Comment
Congratulations to Grace, Orlaith, Kate, Lily and Abby who have been selected for the Limerick City Primary Schools’ Gaelic Football Teams in the Larkin Shield.  The pupils had to attend trials before being selected from a group of the city’s best Gaelic Footballers to... Read More → 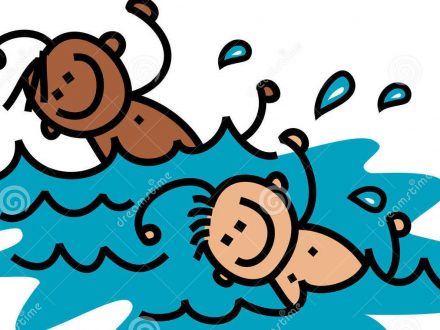 Milford N.S.
0 Comment
Congratulations to our pupils who swam in the Munster Swimming Championships. Daragh, Keith, Ava and Rian all participated in the Gala and did their school proud.  Daragh won a gold and silver in the individual events and qualified for the National School Swimming Championships... Read More → 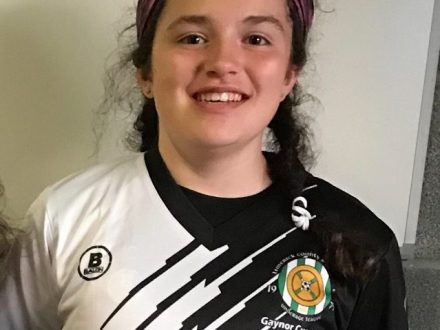 Milford N.S.
0 Comment
Best of luck to Isabella who will be representing County Limerick in the U13 Gaynor Cup this weekend in UL. Everyone in Milford N.S. is extremely proud of your achievements. Well done! Read More → 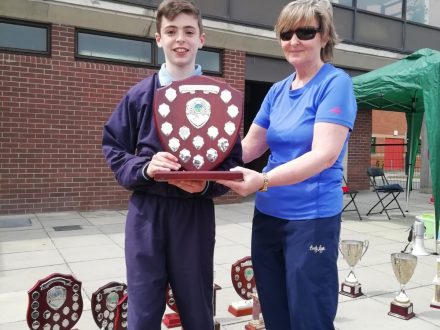 Milford N.S.
0 Comment
Congratulations to our Athletics team who competed in the Primary School Sports in UL today. The Girls’ Team finished in Third Place and the Boys’ Team finished in First Place. Pictured below is Stuart, Captain Fantastic, who accepted the cup on behalf of his... Read More → 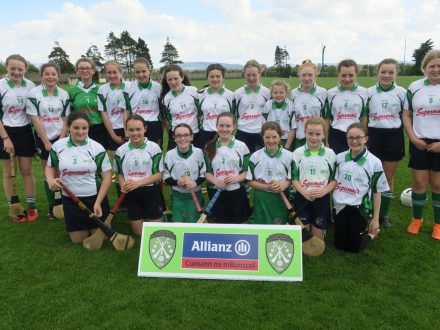 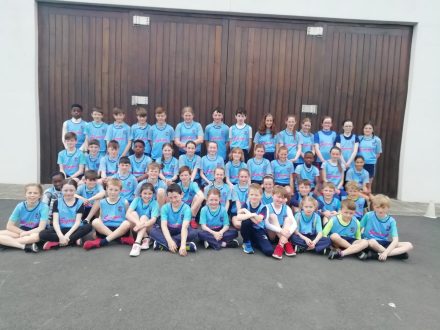 Milford N.S.
0 Comment
Best of luck to our Athletics team who will compete in the Primary School Sports in UL on Thursday, 16th May. The Team has been training each week after school in preparation for the big day. A huge thank you to Mr. Nelligan for managing the team and to all the staff who helped... Read More → 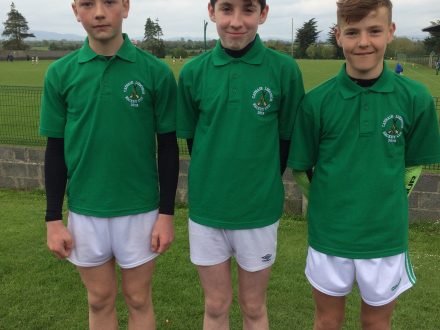